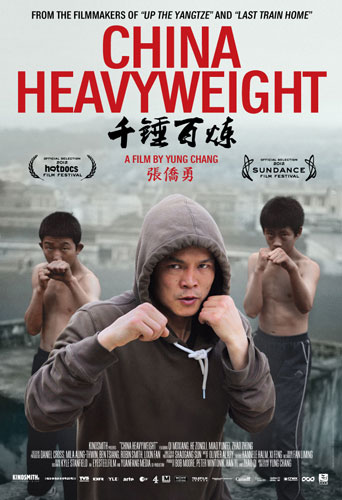 Buy DVD Itunes Amazon Instant Educational Orders Open Showings
From the makers of Up the Yangtze and Last Train Home.

Award-winning filmmaker Yung Chang (Up the Yangtze) returns to China for another riveting documentary on that country's ever-changing economic landscape—this time through the lens of sports. In China Heavyweight, Chang follows the charismatic Qi Moxiang, a former boxing star and state coach who recruits young fighting talent from the impoverished farms and villages across Sichuan province. A select few boys (and girls) are sent to national training centers, with the hope of discovering China's next Olympic heroes. But will these potential boxing champions leave it all behind to be the next Mike Tyson? Their rigorous training, teenage trials and family tribulations are expertly intertwined with Coach Qi's own desire to get back in the ring for one more shot at victory. Cinematically rich and intimately observed, China Heavyweight is all at once thrilling sports drama, astute social commentary and a beautifully crafted portrait of an athlete.

Yung Chang is a Canadian filmmaker currently based in Montreal, where he earned a degree in film production in 1999 from Concordia University. His parents are both first-generation Chinese immigrants to Canada. Through their influence, Yung maintains a strong interest in contemporary Chinese issues. Since 1996, he has spent extended periods in China and has travelled throughout the country.

His first documentary film, EARTH TO MOUTH, produced by the National Film Board of Canada, is a beautifully crafted meditation on migrant farm labour, food production and Canadaâs Chinese community. It circulated widely on the international festival circuit, winning awards at the International Film and Video Festival in Columbus, Ohio, and Montrealâs Rencontres Internationales du documentaire.

He is also a graduate of the Neighborhood Playhouse School of the Theatre in New York City, where he studied the Meisner technique. He made innovative use of this methodology in his first feature-length documentary, UP THE YANGTZE, in which the highly contested Three Gorges Dam forms a dramatic and unsettling backdrop for a moving and richly detailed narrative of a peasant family negotiating unprecedented historic changes. UP THE YANGTZE played at numerous festivals, including Sundance, and was one of the top-grossing documentary box office releases in 2008.

CHINA HEAVYWEIGHT, Chang's sophomore film, is an intense and intimately observed narrative documentary; following the lives of a boxing coach and his two fighters in rural China. The film uses the burgeoning sport of Western-style boxing to explore social change in China. It will have its world premiere in official competition at Sundance 2012.

He is currently in production on THE FRUIT HUNTERS, a feature documentary about nature, commerce and obsession in the fruit underworld, slated for a fall 2012 release. He is also writing EGGPLANT, a feature fiction, about a Taiwanese wedding photographer in China.

“Interesting, often touching and richly detailed documentary. It is a window into a world very distant to most of us in the United States, yet familiar in many essential ways.” – Joyce Carol Oates,

“4 STARS. CAPTIVATING... Though there are enough crises to satisfy viewers looking for a Sino Rocky, China Heavyweight isn’t merely about the fighters’ personal struggles. Like Chang’s 2007 nonfiction feature, Up the Yangtze, the movie uses its micro-narrative to offer a subtle macro-critique of the state of modern China—a place where effusive national pride can’t entirely counterbalance the harsh social and economic realities that prevent each of these fighters from fully realizing his potential. It’s in between the lines that this movingly perceptive film scores a TKO.” – Keith Uhlich, Time Out New York

“This remarkably tender portrait positions a particularly violent sport as nothing less than a lifeline to the 21st century.” – Jeannette Catsoulis, The New York Times

“Critics' Pick: This fascinating documentary about rural teenagers attempting to become Olympic boxers focuses intently on process, but it also manages to offer a portrait of a nation in the midst of tremendous upheaval. Powerful stuff.” – , New York Magazine

“4 STARS (OUT OF 4). As with his previous film [Up the Yangtze], director Chang nurses a compelling drama from a multilayered cultural reality, at once intimate and unfathomably large in implications. In his sophomore film, Chang, once again, shows himself to be one of our great young cinéma-vérité directors, with “our” meaning, not just belonging to Canada, but to the world.” – Liam Lacey, The Globe and Mail (Toronto) 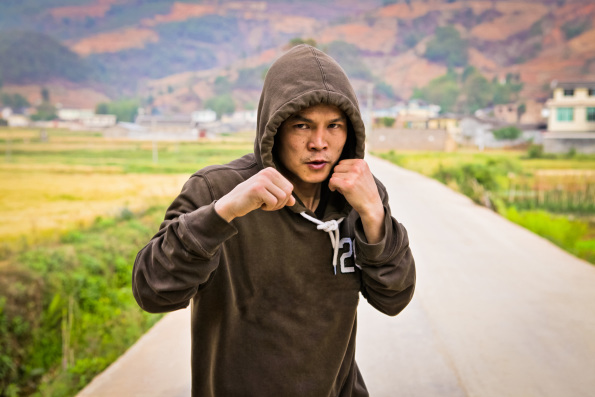 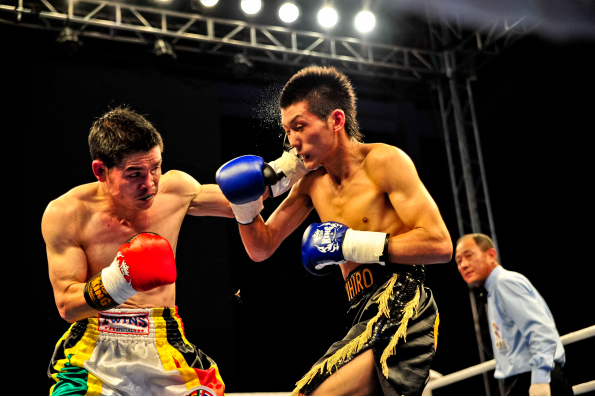 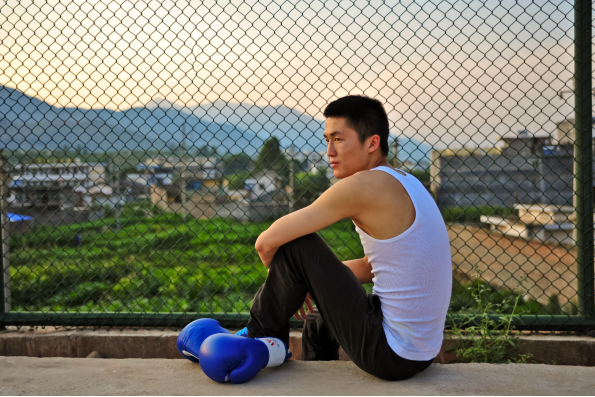 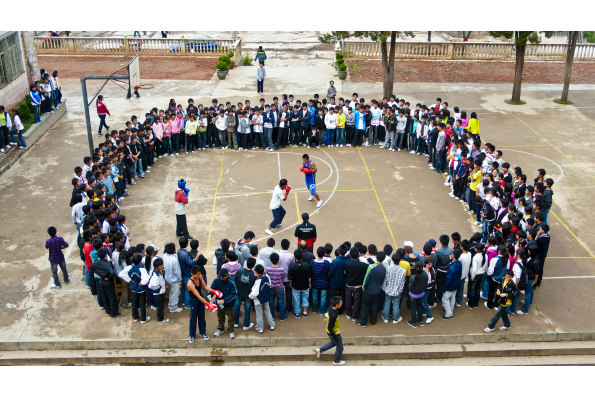 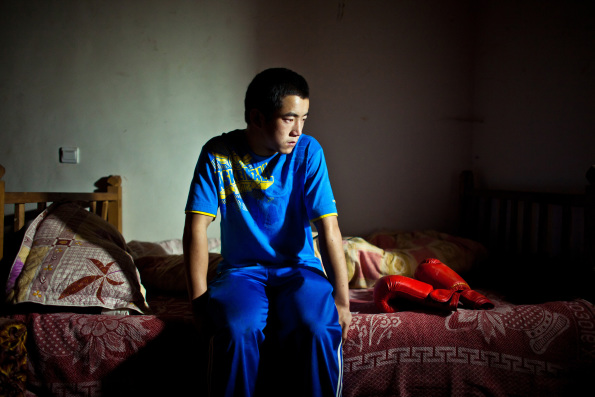 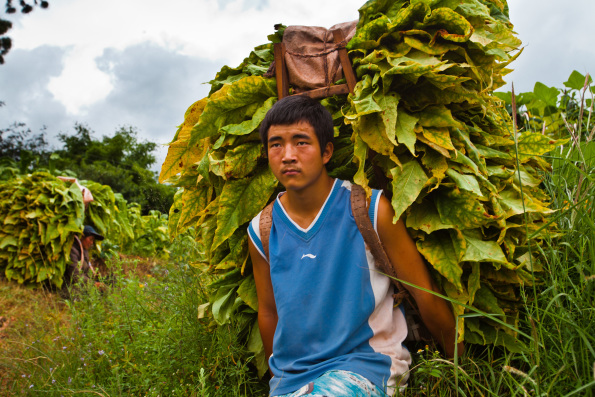 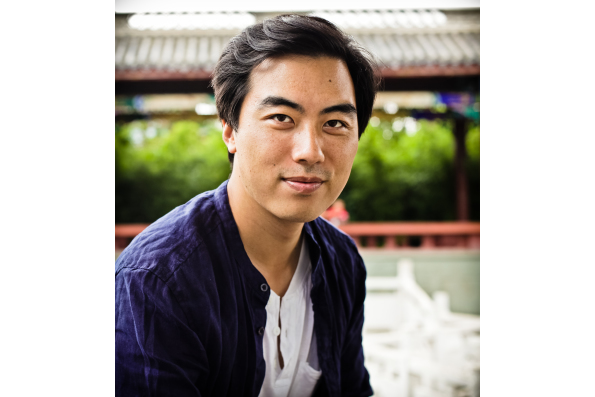 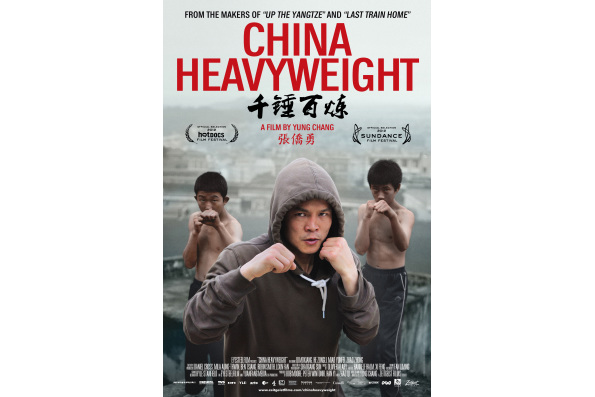