Edith Stein, Echt and the Truth 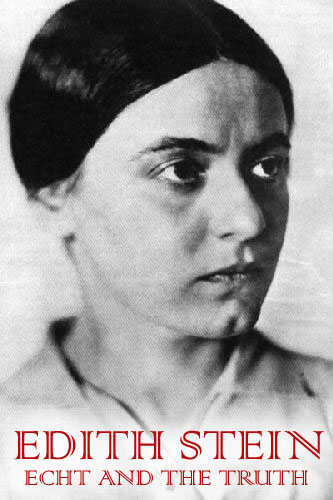 Educational Orders Open Showings
In 1998 Edith Stein (1891-1942) was canonised by Pope John Paul II. A German philosopher of Jewish descent, Stein converted to Catholicism in 1922 and lived as nun in the Carmelite Convent of Echt in the south of the Netherlands. During World War II she was deported and died in Auschwitz.

Director Frederieke Jochems worked for nine years to bring Edith Stein's story to life and to illuminate the controversy surrounding the canonisation.

Frederieke Jochems works as an artist, photographer and documentary filmmaker in Amsterdam. Lately her work centres around historical subjects: As well as Edith Stein, Echt and the Truth she has made Salt Sweet on the fishing community in Urk and its reclamation of the land around this former island, and Palace For The Last Laborers on former inhabitants of the Amsterdamse School social housing architecture in Amsterdam.

Currently she is researching a film on freethinking and atheism, and shooting a film about an American frequenter of gallery openings in Amsterdam.

Produced by Terrain Vague Film and Franjo Studio, and financed by the Dutch Filmfund (research), L1 TV, Cultuurfund Limburg, Province of Limburg and the Thuiskopiefund