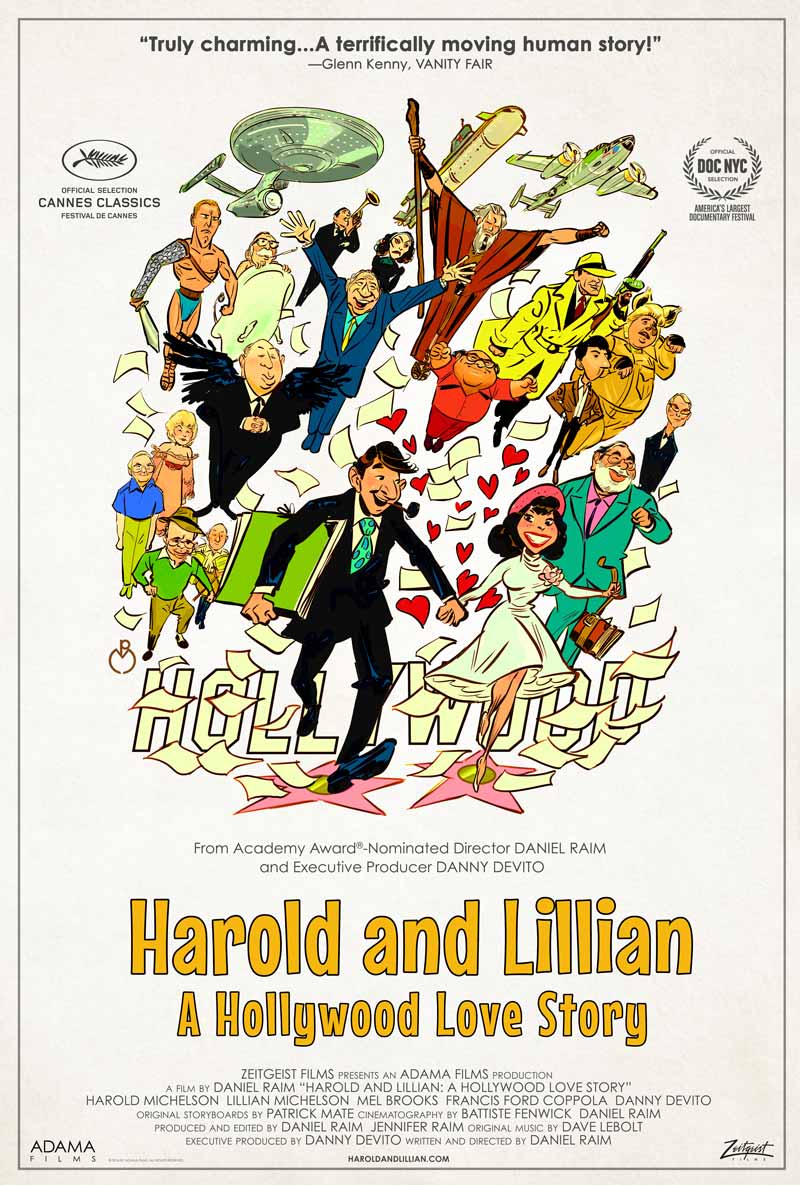 Movie fans know the work of Harold and Lillian Michelson, even if they don’t recognize the names. Working largely uncredited in the Hollywood system, storyboard artist Harold and film researcher Lillian left an indelible mark on classics by Alfred Hitchcock, Steven Spielberg, Mel Brooks, Stanley Kubrick, Roman Polanski and many more. Through an engaging mix of love letters, film clips and candid conversations with Harold and Lillian, Danny DeVito, Mel Brooks, Francis Ford Coppola and others, this deeply engaging documentary from Academy Award®-nominated director Daniel Raim offers both a moving portrait of a marriage and a celebration of the unknown talents that help shape the films we love.

Watch a clip about Harold’s work on Hitchcock's THE BIRDS at IndieWire.

To book this film please contact Nancy Gerstman or Emily Russo or call 212-274-1989.
Download a promotional flyer template for your screening of HAROLD AND LILLIAN here. 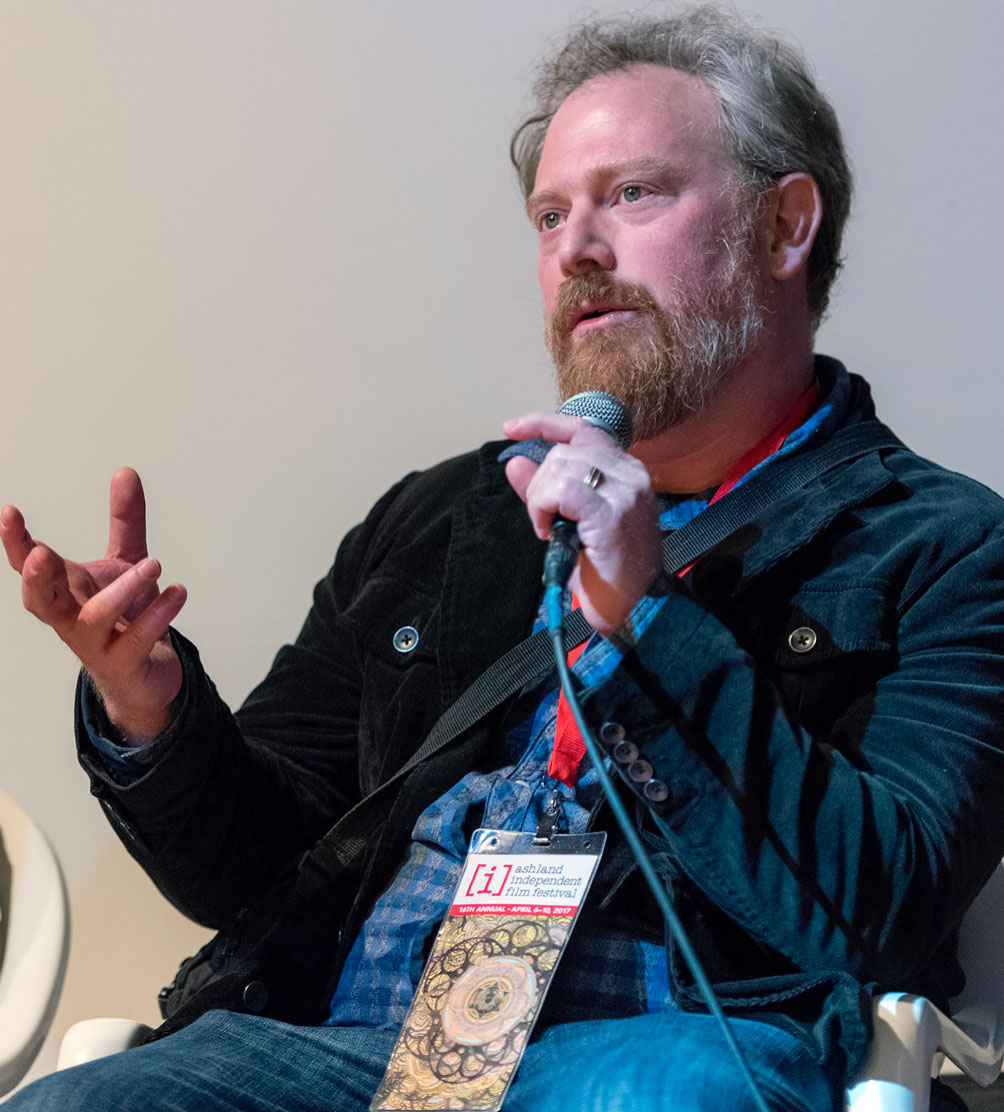 Academy Award®-nominated filmmaker Daniel Raim attended the American Film Institute in Los Angeles. Raim is known for his documentaries about overlooked cinema artists, including The Man on Lincoln's Nose, nominated for the 2001 Academy Award for Best Documentary Short Subject. Raim's 2015 doc Harold and Lillian: A Hollywood Love Story premiered as an Official Selection of the Cannes Film Festival and was nominated for The Golden Eye (L’Œil d'or, le prix du documentaire - Cannes). In addition to his theatrical films, Daniel has written, produced, and directed 28 original documentaries for the Criterion Collection about cinema masters, including Yasujiro Ozu, Aki Kaurismaki, Buster Keaton, Andrei Tarkovsky, and Alfred Hitchcock. In 2019, Raim directed and produced the TCM Original Documentary Image Makers: The Adventures of America's Pioneer Cinematographers. Raim’s new documentary feature, Fiddler’s Journey to the Big Screen (about director Norman Jewison and the making of Fiddler on the Roof), will be released theatrically in 2022.

Written and Directed by

Produced and Edited by

Original Storyboards of Harold and Lillian by

“CAPTIVATING... The delightful duo at the center of Raim’s film are storyboard artist Harold Michelson and researcher Lillian Michelson, whose 60-year marriage began in 1947 and ended with Harold’s death at age 87. Subtitled “A Hollywood Love Story,” the doc chronicles not just their mutual adoration and respect, but also Hollywood’s love for them, and the joy they derived from their work. Their personal story is no less fascinating than their experiences working on hundreds of movies, together and separately.” – Sheri Linden, Los Angeles Times

“Casts light on two respected but relatively unknown people, who made major contributions to film and managed to have a normal life — and in Hollywood, of all places. It’s nice to know such things are possible.” – Mick LaSalle, San Francisco Chronicle

“You don’t have to be a movie buff to fall in love with the story of Harold and Lillian Michelson. Their sixty-year marriage—with more than its share of ups and downs—would be compelling enough... Be warned: you may tear up, as I did, toward the end of this affectionate tribute.” – Leonard Maltin, LeonardMaltin.com

“CRITICS' PICK! Charming... Like flipping through misplaced leaves in a photo book, the documentary maintains a free-flowing tone as it uncovers the work that went into creating some of the indelible scenes in Hollywood history.” – Monica Castillo, The New York Times

“For an hour and a half, this charming little movie, with its chatty talking heads and its sweet-natured subjects, offers a glimpse into the lives of two fascinating people whom I had never heard of, and who shared an unlikely life filled with achievements and setbacks, wonder and pain.” – Bilge Ebiri, The Village Voice

“The film’s real ace in the hole, however, proves to be Lillian, an endlessly quotable interview subject whose pixyish presence can’t mask the sense that she knows exactly where all of the industry bodies are buried.” – Andrew Wright, The Stranger

“Beautiful... The stories Lillian tells are a treasure-trove of personal and professional anecdotes, doubling as a side history of Hollywood itself. But Harold and Lillian is most affecting as a tribute to their marriage... In a business where individual success waxes and wanes, and each new production is a job that will eventually be lost, the Michelsons rode out its crazy vicissitudes with something approaching harmony and grace. Theirs is a model few will ever get to follow.” – Scott Tobias, NPR.org

“One of the very best documentaries ever made about movies...I have rarely seen any movie, fact or fiction, that was quite so suffused with love—movie love and human love—as this one.” – David Noh, Film Journal

“Daniel Raim's outstanding documentary quickly becomes one of the best I have seen in years...Not only a great window into the past of cinema looking ahead but such a touching and beautiful story on the love of cinema and the love that cinema can have on two amazing people. Tears of joy at the end of this film, and highly recommended even if you have the slightest interest in just how important things behind the scenes can be.” – Jason Whyte, eFilmCritic 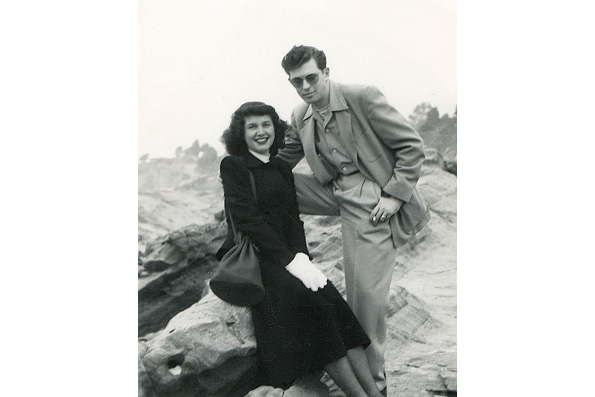 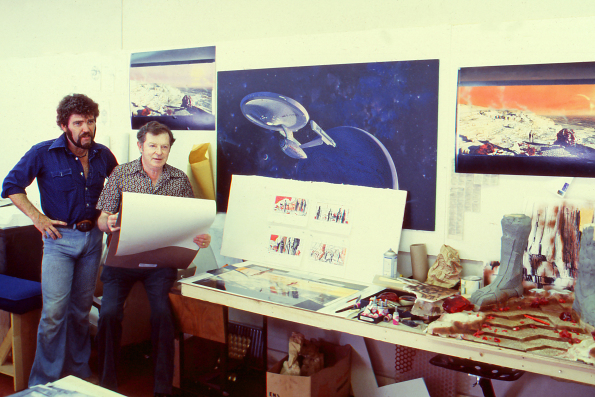 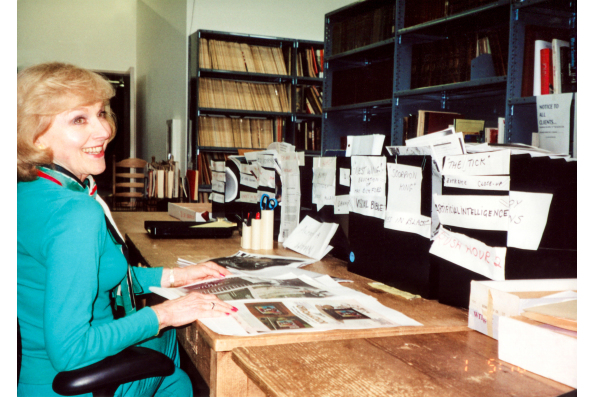 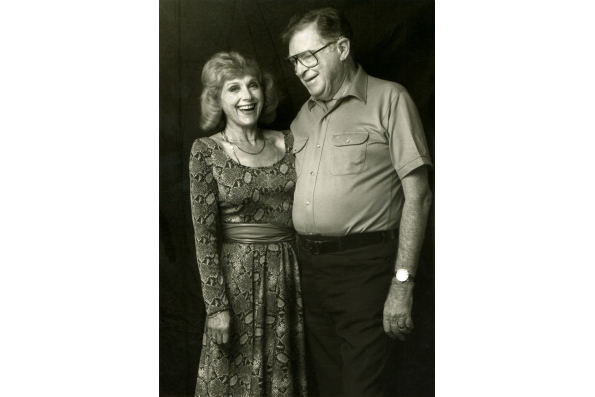 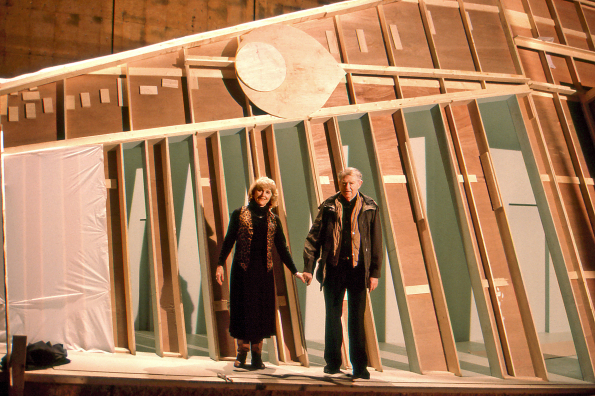 Lillian and Harold Michelson in Toronto in November 1994 on the set of Intersection in Daniel Raim’s HAROLD AND LILLIAN: A HOLLYWOOD LOVE STORY. A Zeitgeist Films release. Photo: Adama Films / Zeitgeist Films. For hi-res version click on photo then click 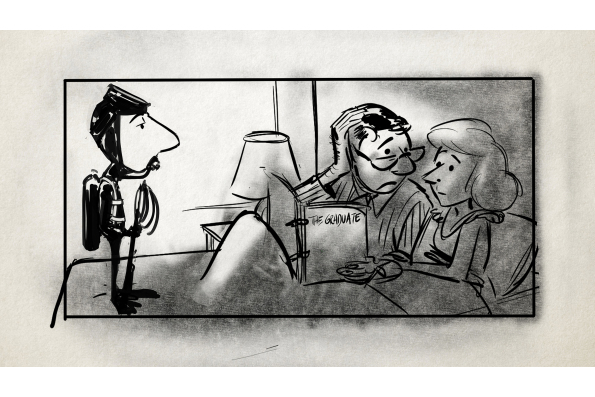 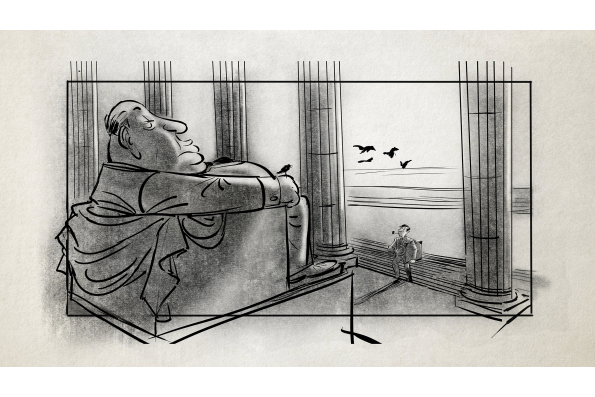 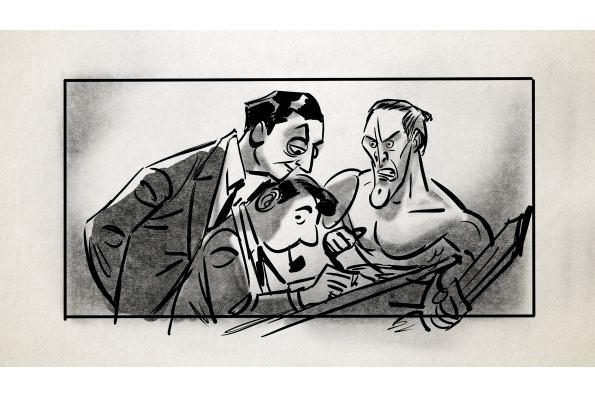