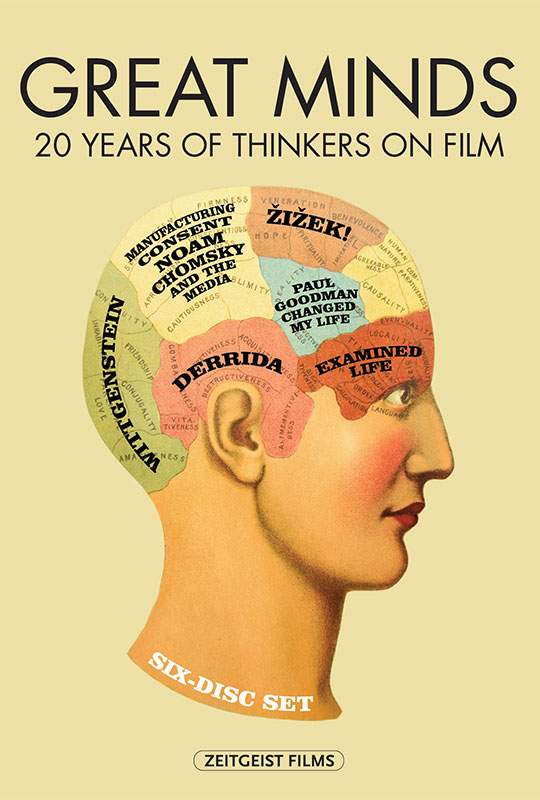 Six award-winning documentaries and features that showcase some of the 20th century’s most celebrated intellectuals.

Disc 1: Manufacturing Consent: Noam Chomsky and the Media (1992)
Directed by Mark Achbar and Peter Wintonick
Funny and provocative, this award-winning documentary explores the political life and ideas of world-renowned linguist and political activist Noam Chomsky through a dynamic collage of biography and archival gems.

Disc 3: Derrida (2002)
Directed by Kirby Dick & Amy Ziering Kofman
Created in the spirit of Jacques Derrida’s groundbreaking work, this innovative and entertaining portrait of the French philosopher and father of deconstruction questions the very concept of biography itself.

Disc 5: Examined Life (2009)
Directed by Astra Taylor
Philosophy is liberated from the halls of academia through thought-provoking excursions with some of today’s most famous and influential thinkers, including Cornel West, Slavoj Zizek, Judith Butler and Avital Ronell.

THIS DVD COLLECTION IS OUT OF PRINT

For educational use please purchase these titles separately at the links above.